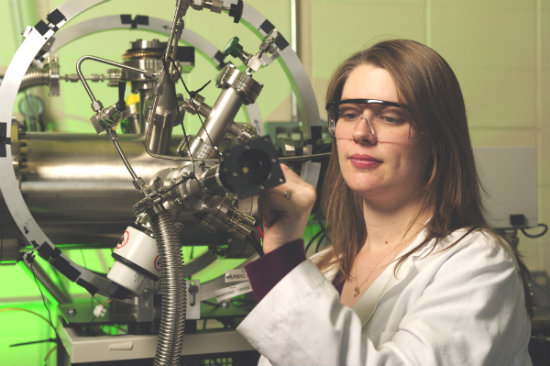 The Lab houses a high vacuum chambers for dissociative electron attachment (DEA) studies which allow detection of charged particles, both negative and positive ions, and also neutral radicals formed from molecules upon electron irradiation. Radical detection is possible by a quadruple mass spectrometer attached to a chamber, which is configured with an integrated electron impact ion source. Neutral radicals are ionized in the ion source by electron impact or electron attachment, forming cations or anions respectively. Based on products from both approaches, the molecular precursor can be identified. The mass spectrometer is also equipped with ion energy distribution measurement, which can give information on ion kinetics of fragments and thus more insight into the details of the DEA process.